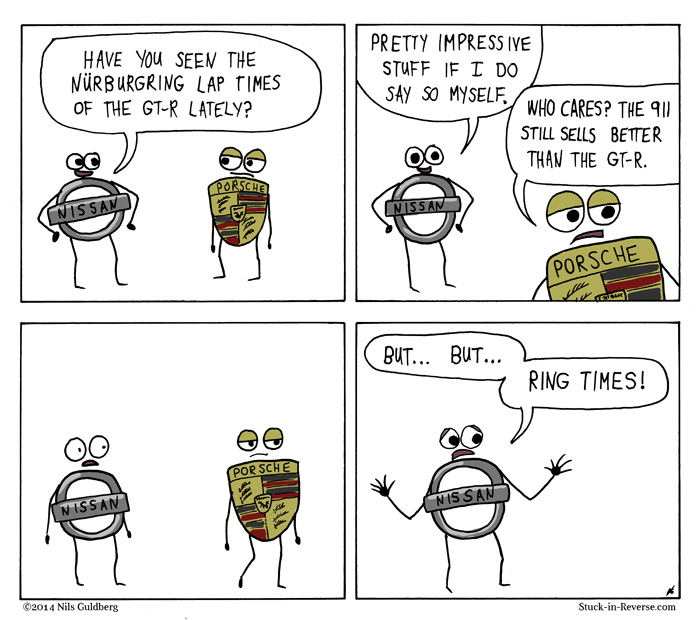 When the GT-R debuted and Nissan started bragging about their Nurburgring times, Porsche was quick to dispute the claims.

Today, Nissan is still spending time and money at the ring, though I have to wonder if Porsche even cares much at this point. Last year Porsche sold 10,442 911s in the US, while Nissan sold a mere 1237 GT-Rs.

To be fair, there are quite a few 911 variants, and the Porsche 911 has been around much longer than the Nissan GT-R. On the other hand, maybe Nissan needs something more relevant than lap times at a track most customers will never even visit.

» Buy the original art for this comic