That’s all for now, folks. After doing weekly comics for over a decade, I’m going to take a break. I’ll probably be updating my toy blog occasionally. Thanks for reading and don’t forget to rotate your hub caps every 500 miles. 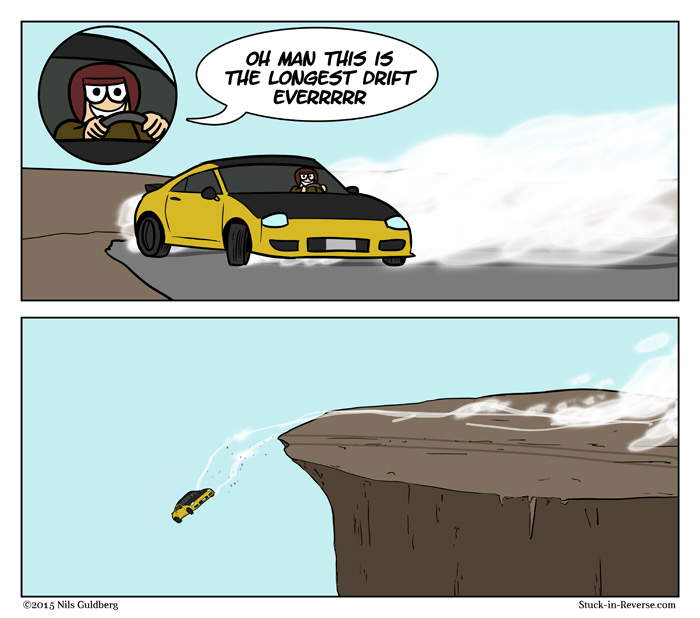 A reader by the name of Aeast asked me to do a comic about drifting. Might as well throw another car off the cliff for old times’ sake.

You’d think someone would have installed a guard rail by now. 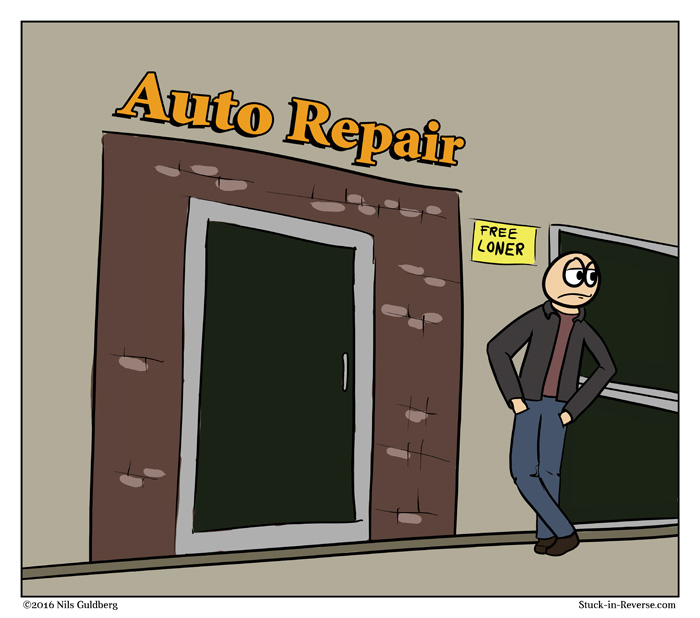 Return of the Talk 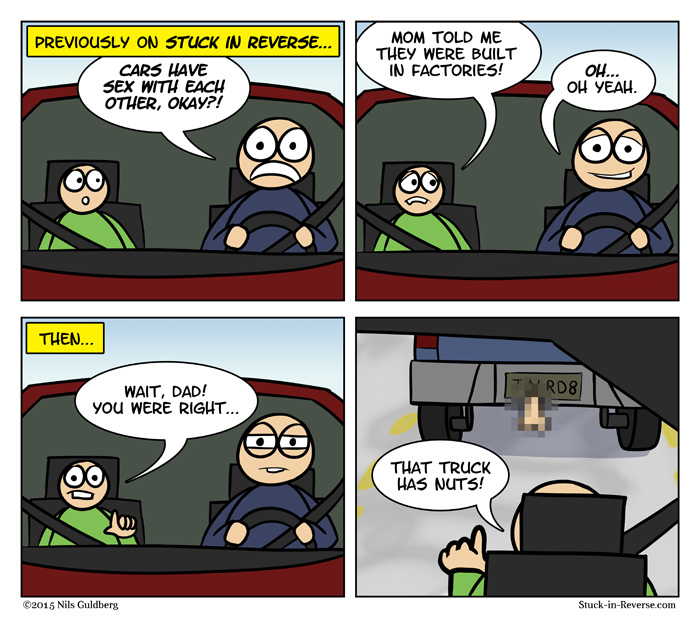 To be clear, I think Achewood already did the definitive series of comics on truck nuts. But my friend Charlie asked that I do a comic on the subject, and who am I to deny him.

Here’s the previous comic in case you missed it. 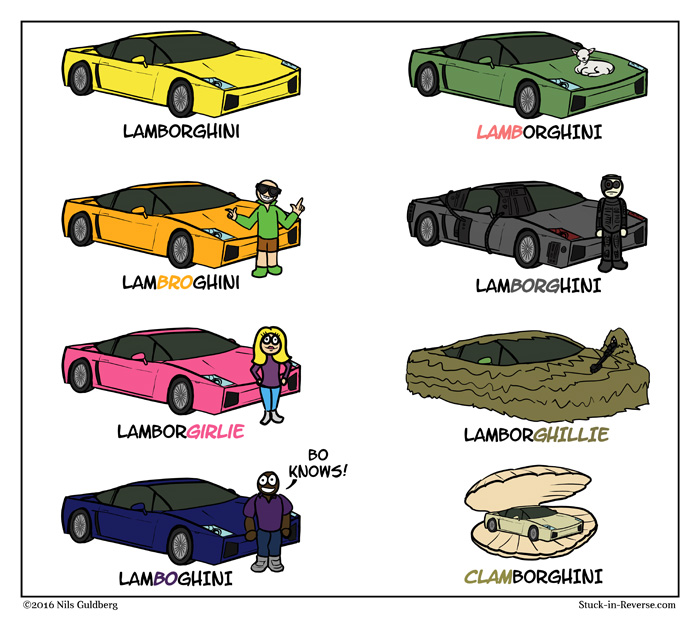 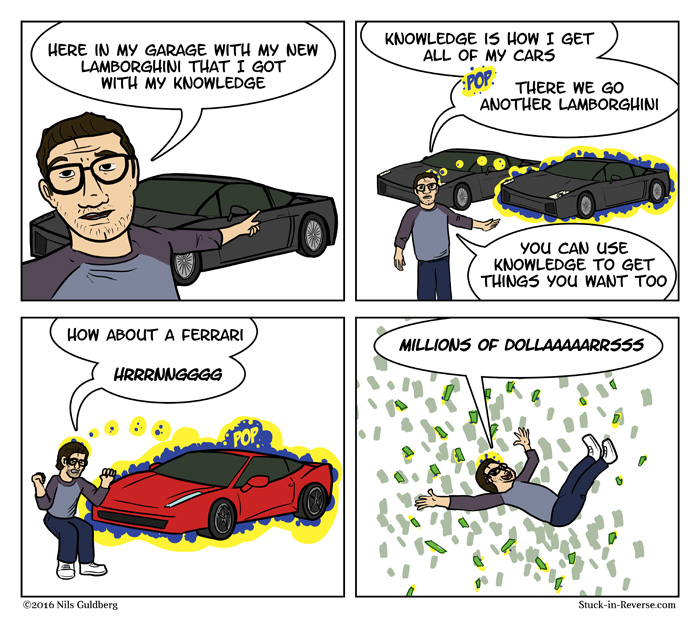 A reader named Tyler asked I do a comic about a certain someone, so here you go.

Also, in the original video he says “just bought this new Lamborghini here.” The Gallardo stopped production in 2013 and that video didn’t show up until 2015? Wouldn’t that Lamborghini been purchased pre-owned, aka used, aka NOT new? I guess it could have been older dealer stock or just a car that had never been titled or who cares