Warning: Trying to access array offset on value of type null in /misc/27/183/609/004/1/user/web/stuck-in-reverse.com/wp-content/plugins/gallery-plugin/gallery-plugin.php on line 313

Warning: Trying to access array offset on value of type null in /misc/27/183/609/004/1/user/web/stuck-in-reverse.com/wp-content/plugins/gallery-plugin/gallery-plugin.php on line 313

Warning: Trying to access array offset on value of type null in /misc/27/183/609/004/1/user/web/stuck-in-reverse.com/wp-content/plugins/gallery-plugin/gallery-plugin.php on line 314

Warning: Trying to access array offset on value of type null in /misc/27/183/609/004/1/user/web/stuck-in-reverse.com/wp-content/plugins/gallery-plugin/gallery-plugin.php on line 314
 Concept – Stuck in Reverse 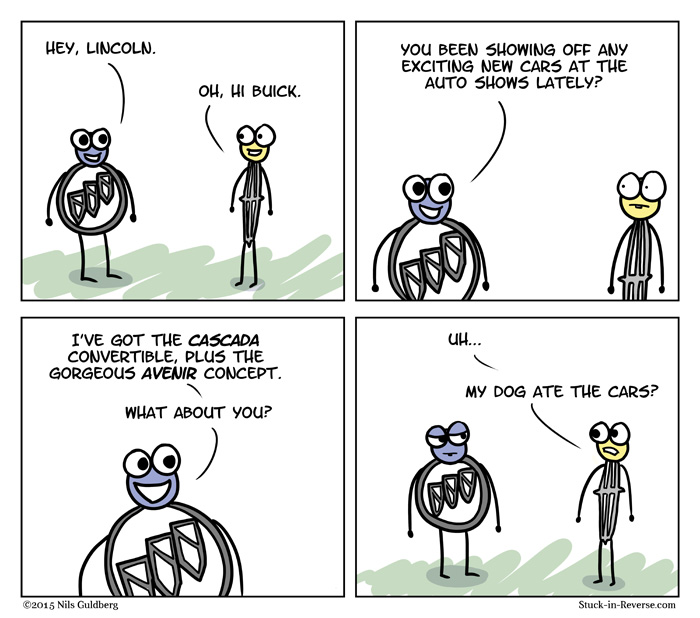 Buick and Lincoln. Both “entry-level” luxury brands. Both American.

Upcoming cars for Buick: the Cascada convertible, a body style the brand hasn’t had for over 20 years. And the (potential) Avenir, a beautiful concept car that looks nothing else on the road and yet still looks like a Buick.

Upcoming cars for Lincoln: the MKX, a restyled Ford Edge.

Was Ford too busy with the new GT? Did they forget that Lincoln exists? Maybe it’s just bad timing, perhaps Lincoln has some fantastic products in the pipeline. But I doubt it.

Remember when no one cared about Chrysler? And then the company showed off the 300 in 2003? It was the car to get.

Chrysler went from “who cares?” to “gotta have it!”. That’s what Lincoln needs, a car that people lust after.

The Avenir concept from Buick is just the kind of car that excites people about a brand. And unlike some automakers that try to differentiate their halo cars from the rest of the fleet (see Hyundai’s Genesis and Equus), the Avenir looks terrific wearing the Buick badge and grill.

Lincoln sold 94,474 cars in the US last year. That’s significantly less cars than Oldsmobile sold the year the brand was canceled (less than 300,000).

Lincoln’s current lineup is easy on the eyes, but there’s nothing lustworthy. The brand needs something, anything, before it’s too late. 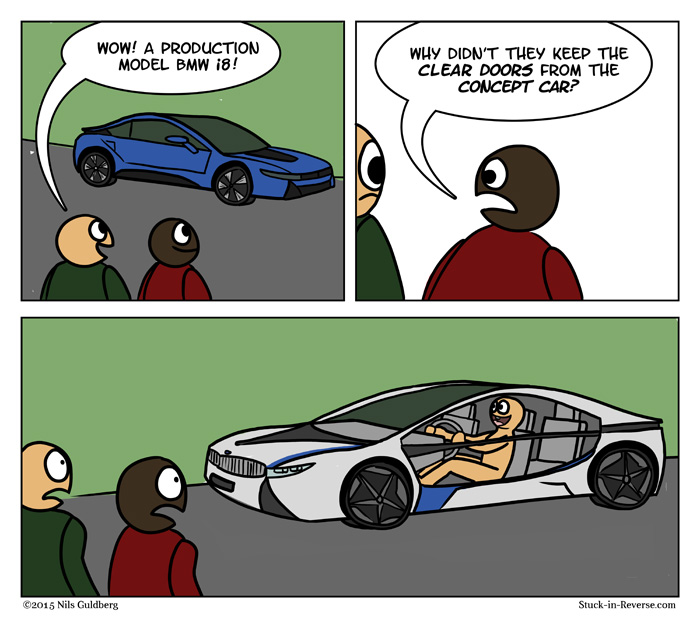 How lucky were they that a BMW i8 prototype just happened to be driving by at that very moment? 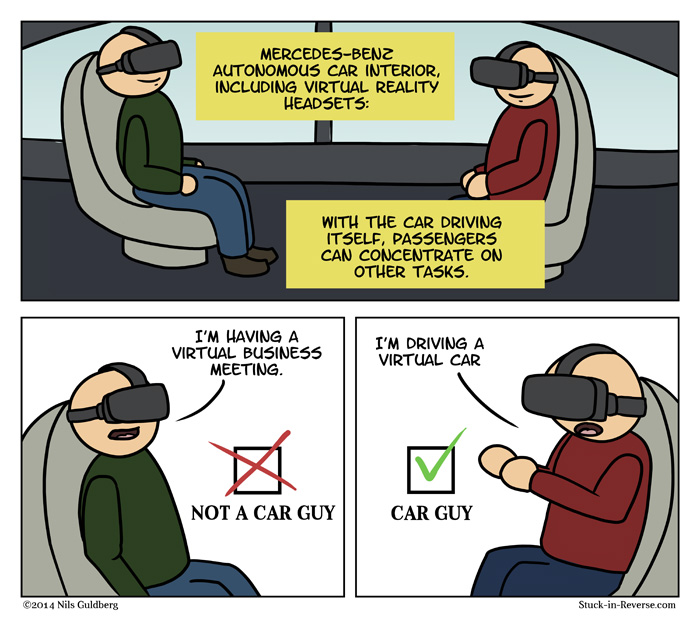 Mercedes-Benz wants to take the concept of autonomous cars to the next level. Instead of seeing jerks talking on cell phones, you’ll be able to see yuppies wearing virtual reality headsets while the car drives itself.

Even with this bleak vision of the future, car guys will find a way to fight Skynet, no matter what form it takes. 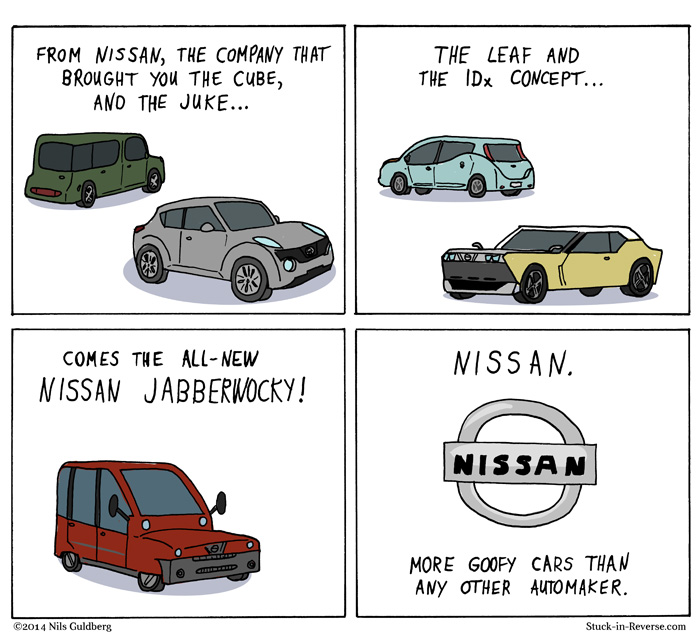 If you’re looking for a car with “unique” styling, look no further than Nissan. 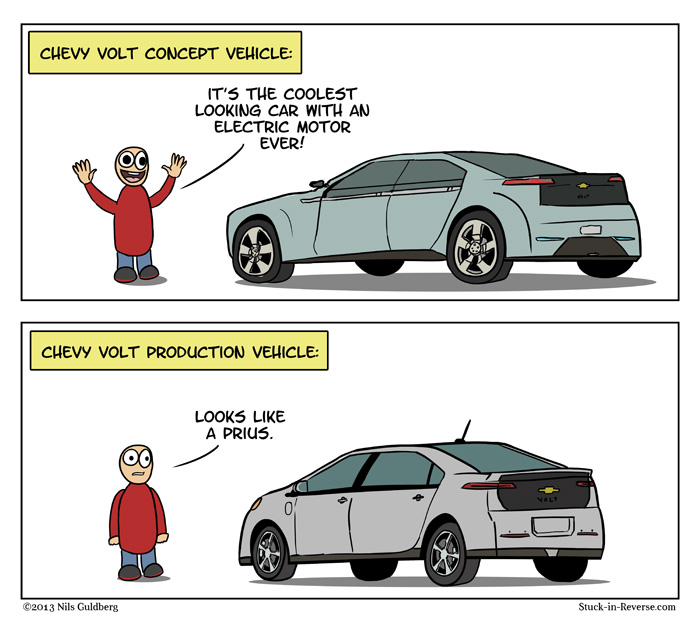 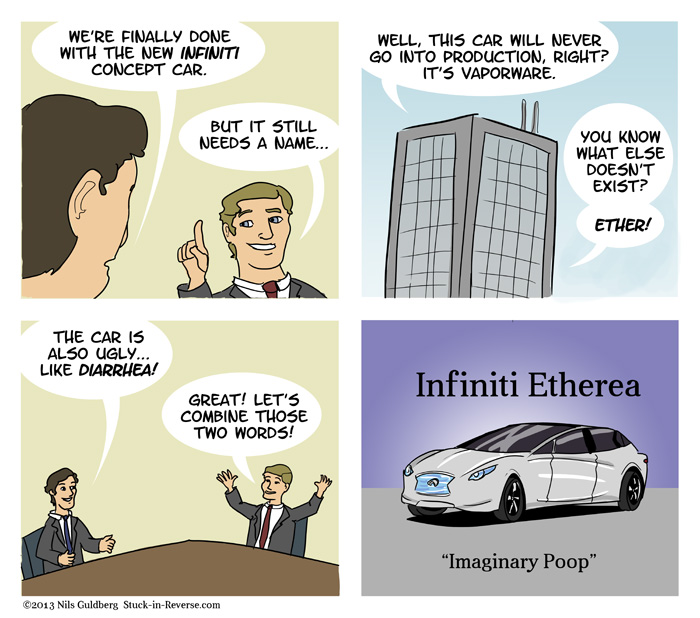